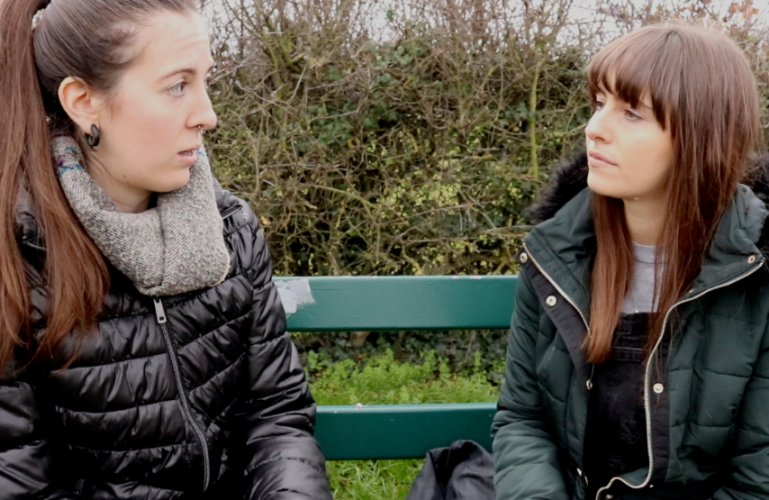 It of course wouldn’t be right to discuss the concept of eating insects and their impact on the health of our planet without speaking to a science expert.

When thinking about the need for an expert, my mind immediately went to Joanna Trewern. She’s not only studying her PhD in Sustainability, exploring how food companies can help consumers change their behaviour toward more sustainable diets, but she’s also one of my close friends.

The benefit of the latter being that I knew she’d absolutely tell it to me straight, no sugar-coating, no scripting, no company-endorsed responses. My conversation with Jo was eye-opening, honest and thought-provoking, and I hope you see it that way too…

So why is food having such a negative impact on our planet?

“Much of the negative environmental impact of our food system comes from the way we currently produce and consume meat, including the huge amounts of land and water needed to grow livestock feed. In the UK, we eat more than 2.5x the global average, which just isn’t sustainable in the long-term. If everyone ate like we do, we’d have big issues in terms of food security, we just don’t have enough land to sustain such meat-heavy diets.

On a brighter note, we already have a lot of the solutions to reduce the impact of our food system – we just need to implement them!”

From a behaviour change perspective, what will it take for people to seriously change their behaviour towards food?

So in behavioural science we use a really useful model that helps us understand how the brain works and processes decisions. Known as the dual-process theory, the model divides the brain into two systems – System 1 and System 2.

System 1 is fast, habitual, automatic, and responsible for the majority of our daily decisions. Whereas System 2 is slower, deliberative, and takes much more energy to engage. This is typically used for more complex decisions.

It won’t come as a surprise that most of the food decisions that we make are the responsibility of System 1. Food decisions are also emotional. Because of this, changing our behaviour around food tends to be really difficult, as ingrained habits and deep-seated emotions play a role in determining what we choose to eat. So to change dietary behaviour and food choice we need to look at how people understand and relate to food, as well as support them to form positive new habits.

So essentially you have to analyse, understand and adapt all these different factors in order to change behaviour at scale.

So do you think that it’s people’s perceptions of what we ‘should’ be eating, that influences what we choose to eat?

There’s an increasing conversation about vegan diets, particularly around environmental conversations. What do you think of veganism, is it really best?

“It’s important to know that no single diet in itself is inherently healthy and sustainable, despite many people thinking that one diet, whether that be vegan, vegetarian or omnivorous, is definitely better than the others.

We know that, on the whole, a vegan diet has a lower environmental impact on the environment, as producing meat and dairy has a higher impact on average than producing plant-based foods. But really it depends on a few different factors including what kind of food you’re eating, how you’re cooking your meals, how food is transported, and most importantly, how that food is being produced. For example, if you’re consuming a vegan diet that contains a lot of ultra processed products that are high in fat, salt and sugar, and a lot of ultra processed meat alternatives, then that would be pretty unhealthy, despite being a vegan diet.

So rather than focusing on trying to stick to a particular diet, I’d encourage people who regularly consume a lot of meat and dairy to cut down and use the money they save to buy better quality products such as organic, which have greater benefits for soil health, biodiversity and water health than industrially produced meat. We need 45-56g of protein per day (at the lower end of this for women, higher end for men), and most of this should come from plant sources. For those that are already vegetarian or vegan it’s crucial to make sure you’re eating enough fibre – the British Nutrition Foundation recommends 30g per day for adults.”

“I think that anything that can help us to eat more sustainably is something that we should be exploring. Eating insects is a really interesting avenue to explore, and one that will allow us to diversify our diet in a sustainable way, with the potential to reduce our reliance on traditional animal products including meat.

For me, there are still quite a few unknowns in terms of what’s involved in producing insects, and it’s still a relatively small-scale industry, so at the moment we’re unsure of the environmental impact if insect production were to be scaled up to feed everyone. This means we would need to look into things like what the insects are being fed and how that feed is being produced.

The thing that I quite like is how some really innovative companies are starting to use insects for direct human consumption in food such as flour. I’d like to see that develop further as, from a behaviour change perspective, it’s much more palatable and aligned with our current diets than switching to whole insects. Although insects are already consumed by millions of people across the globe, it’s still a big cultural leap for us in the Western world.

One of the main barriers to people eating insects right now is that they’re not really accepted as a source of food, which is particularly the case in countries such as the UK. By grinding them up and putting them into foods such as flour, people don’t have to change their habits, but can continue to eat the foods they already love eating, just with a slightly different ingredient that acts in the same way.”

How could we try to introduce insects into our diet? Could we start to introduce things like ‘insect sundays’, building on the popular idea of ‘meat-free mondays’?

“In theory, you would think that it would be a positive that people are cutting meat out from their diets one day every week, but actually, we often see that those people will then eat more meat than they usually would on the remaining days, almost to make up for not having meat on that one day, which is known as a rebound effect. Obviously this isn’t what we want to see when looking at diets, but instead we want to see a consistent change over time.

This is what makes insects as a food source interesting, and from a sustainability perspective I’m really excited to see the possibilities we could come up with to introduce insects to our diet. Going back to insects used as flour, this doesn’t require our brains to use that “system 2” and instead becomes a choice that is quite natural and doesn’t take too much thought. People therefore aren’t required to change their behaviours, but actually what they’re eating becomes more sustainable. So this concept is what I’m really interested to see develop over the next 10 years.

If they’re to replace animal source foods, new products developed with insects as an ingredient will need to follow the behaviour change mantra: making sustainable food convenient, attractive, tasty and the norm. Insect burgers anyone?”

“I’m personally really excited to see how we can make insects part of the solution, how we can scale up their production, which ways we choose to use them, and especially how we could use them in existing products so that our diets inherently become more sustainable without having to see huge shifts in behaviours.”

A huge thank you to Jo for shedding light on the concept of eating insects in the UK from a scientific and behaviour change perspective. Like the majority of topics within sustainability, the impact of the food that we eat on our planet remains a very complex topic, with no simple answer. But I think it’s really encouraging to hear that insects could be part of the solution with some further exploration and encouragement of the reality of eating them.

Watch the full interview on my YouTube channel here.