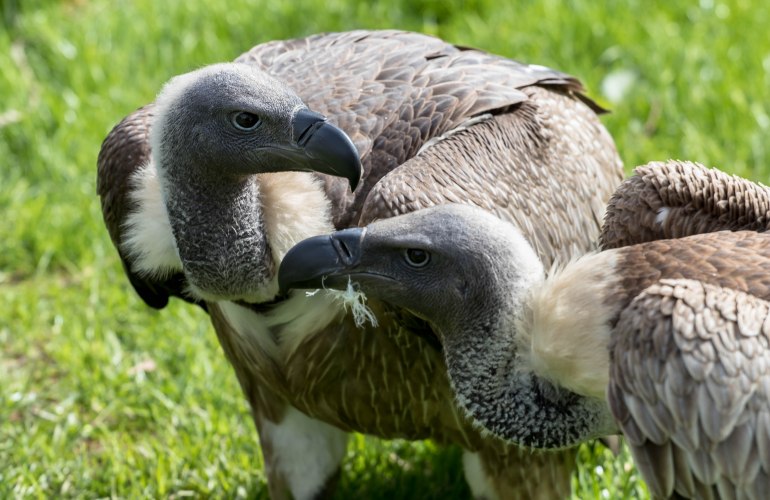 It’s the 14th February – Valentine’s Day – and whether you’re in a relationship or not, you can’t escape the intrusive reminder to think about those people and things that you love.
If I asked you to think of an animal that you adore, I imagine you would think of a beautiful big cat, a vibrantly colourful bird, or a majestic elephant – chances are you certainly wouldn’t think about vultures as your number one love.

Vultures get a bad reputation, both from the way they’re depicted in films, and due to their iconic scavenger behaviour, as well as their arguably ugly appearance, but vultures are incredibly important to our ecosystem, and in fact many aspects of nature rely on healthy populations of vultures for their own survival.
These birds of prey are currently facing population declines of 95% in Africa and Asia, meaning that most vulture species are now threatened with extinction. As a result, they are one of the most threatened groups of birds on earth.
I spoke to Andre Botha, Co-chair for the IUCN SSC Vulture Specialist Group, who explained to me exactly why vultures are in such danger, and what we can do to help them.
He stated that vulture populations in Africa “have seen substantial declines in the last 30 years due to a range of human-induced threats such as various types of poisoning, electrocution and collision with energy infrastructure, habitat fragmentation and loss, reduced availability of food sources and disturbance, especially at breeding sites.”
“Vultures fulfil a critically important function in the ecosystem by removing the carcasses of dead animals from the environment. These birds are by far the most effective “clean-up crew” – there are no other animals that can do what they do as effectively and quickly as vultures.”
As these iconic birds are such effective cleaners, they greatly reduce the spread of certain diseases to animals and, in turn, us humans. This means that if vultures disappear, it will put other animals at risk as there will be a proliferation of species such as feral dogs, rats and blowflies who, as Andre explains, “are all known agents for the spread of a range of diseases, and who are potentially posing a substantial threat to human and animal health.”

We simply cannot afford to lose them! 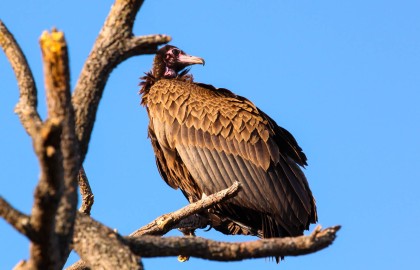 The good news is that during a conference of almost 100 countries in October 2017 the Multi-species Action Plan to Conserve African-Eurasian Vultures (Vulture MsAP) was adopted. Supported by vulture organisations, this collaborative approach hopes to bring the conservation status of all 15 species back to a favourable level.
I asked Andre what we could all do to help:
“Firstly, by making others aware of the value and importance of vultures and by urging their governments to consider the conservation of vultures as a priority by ensuring that they’re adequately legally protected and conserved.
By reporting potential threats and problem areas where vultures can be impacted in their area to conservationists, people help to enable us to focus our work in key areas to the benefit of vultures. They can further contribute by reporting sightings of tagged or colour-ringed birds to the relevant organisations.”
As always, a simple thing that you can do is spread awareness on the issues surrounding the drastic declines in vulture populations around the world. The majority of people will not know about their decline, or about why it is so important for us to protect them. The main reason why the drastic decline of vultures is so devastating is because the loss of vultures will also lead to the loss of many other species.
In addition, you can support and donate to organisations that work to protect vultures in the wild, including monitoring their numbers and reducing their threats. These include VulPro, 4Vultures, Tusk, and BirdLife.
Let’s make vultures feel loved this Valentine’s and every day going forwards.