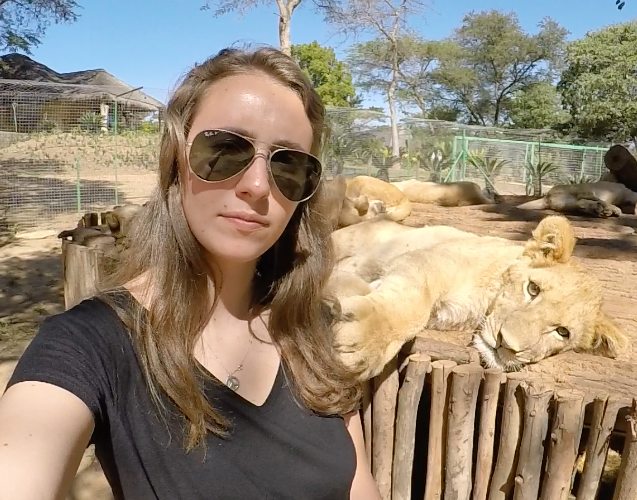 As I apprehensively shuffled into the caged box, my gut clenched and my heart stopped…I immediately knew that I was in a bad place, and I desperately wanted to run straight back out and find comfort in my friends hiding out in the car.

But something stronger told me to carry on, something told me that by enduring the next hour in this awful place I could find hope to make a positive change to the hell that I currently found myself encased in.

After an hour of enduring the heartbreaking pain of filming undercover, I spent the next hour crying and shaking at what I had seen. I was both so angry and upset that I couldn’t decide between having an emotional breakdown and marching straight back into the building to punch the guy in the face. And that’s when I decided that I could try my absolute hardest to turn my experience into a huge positive…and that’s when I came up with this experiment. 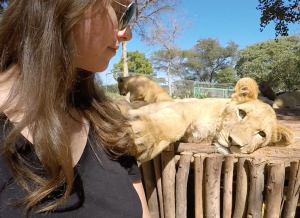 I’m sure many of you recognise this photo, as I spammed it across my social media platforms just before returning back to England. Within minutes of uploading the image, likes and comments immediately began to pour in, as I predicted they would.

Everyone loves to see a cute lion cub gazing into the camera, heightened by the fact he had his paw on my shoulder as I stare lovingly into his beautiful big eyes.

Now I’m assuming from the huge number of likes and adoring comments across my social media that what you don’t know is that this is the image you will see in just a few years’ time of this once majestic lion. 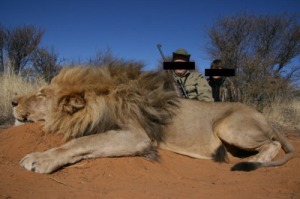 So after signing the guestbook with fake names and ID numbers, our presenter, my camera and I trail into the self-proclaimed “eco-park”, nervously pondering what we were about to encounter. I played the part of English tourist, this being my first time in Africa, and I’m looking forward to seeing a real lion up close!

One of the enclosures that I was taken into contained three lion cubs. At merely three weeks old we were told that they had been taken away from their mother who was in another enclosure far away and the cubs were given “lion milk formula”. The sad thing is that the guide answered absolutely every question that I put to him…without thinking that anything was wrong with this situation…Knowing full well that every single person who pets these poor cubs in their enclosures is making them get more and more accustomed to humans, therefore losing their natural instinctual fear of people.

Sadly there are many places in South Africa just like this one – they claim to be a good place for animals, which thousands of tourists believe. They make millions by attracting tourists from all over the world to see, hold, and interact with ‘wild animals’. There are currently only about 2,000 lions left in the wild in South Africa whilst there are over 8,000 currently in captivity.

(Even as I write this, it has just been reported that an American woman was mauled to death by a lion today in the Lion Park in Johannesburg, which lets you drive through as long as you keep your windows closed. Of course there are always those who don’t listen to rules and as the woman opened her window a lion reached through and grabbed her. Had these lions not been exposed to people their entire lives they wouldn’t have lost their instinctual fear of humans and would have kept well away. Now I’m just praying that the lion doesn’t lose his life due to human stupidity.) 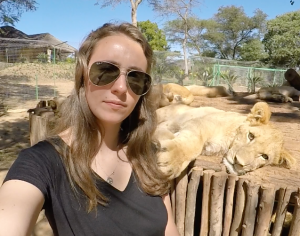 While you see a cute lion, happy to be involved in the selfie culture of today, this cub’s future is actually headed for the canned hunting industry. So while you dream about stroking, holding and taking your own selfies with lions just like my adorable model cub, you are contributing to a multi-million dollar industry which results in a bullet lodged in this lion’s brain – to put it straight to you. (Sorry) 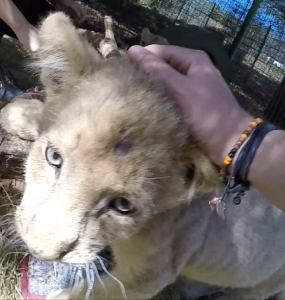 If you are not familiar with the term ‘canned hunting’, lets use the example of the lion in my selfie, and lets call him Leo.

When Leo reaches an age when he is too big to cuddle he will be taken on walks with tourists who pay big bucks for that ‘privilege’. When Leo gets to two years old he will be too big/dangerous to interact with people closely, although he is now very comfortable with the idea of people, after interacting with hundreds every week.

Leo will then be left in an enclosure until he reaches his prime – therefore looking his most impressive – at about six years old, when a canned hunter will travel to South Africa, after paying around $38,000, to point his bigman gun at Leo whilst sitting in the safety of a vehicle, accompanied by guides to protect him.

Meat will even be put out for Leo so that the hunter will know exactly where he will be. And as Leo has been around people since he was taken from his mother at two weeks old, he has no reason to fear the hunter.

Now that the bullet is lodged in Leo’s brain, lets take a selfie next to this trophy…what a brave ‘hunter’.

What is the skill in pulling a trigger on a target you know will stay within the few square metres that you have set it up to be in?

So that’s the brutal and honest truth.

And while you may venture to these places and think that they are doing good for conservation due to the sheer volume of animals held in these places, know that these animals are suffering greatly – both physically from malnutrition and poor living conditions, and mentally after being taken from their mothers at such a young age. 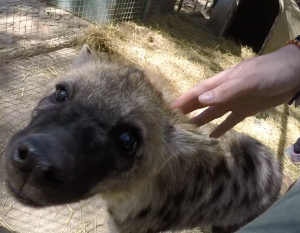 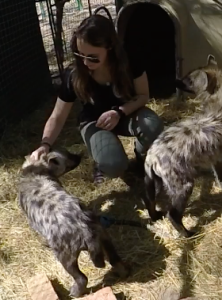 The horrors that I saw whilst filming undercover included hyenas in cages with lions “to see if they will be friends”, I experienced an attempted attack by an older tiger cub who I was told was “just playing” as his claws close to plowed into me, hissing caracals being shoved into my arms, and three week old lion cubs with chunks of their fur missing. 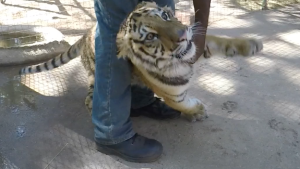 Is this conservation? Is this right?

All I ask is that you share this message so that our children can grow up knowing the beauty of the natural and rightful King of the jungle.

70 thoughts on “The truth behind my lion selfie”